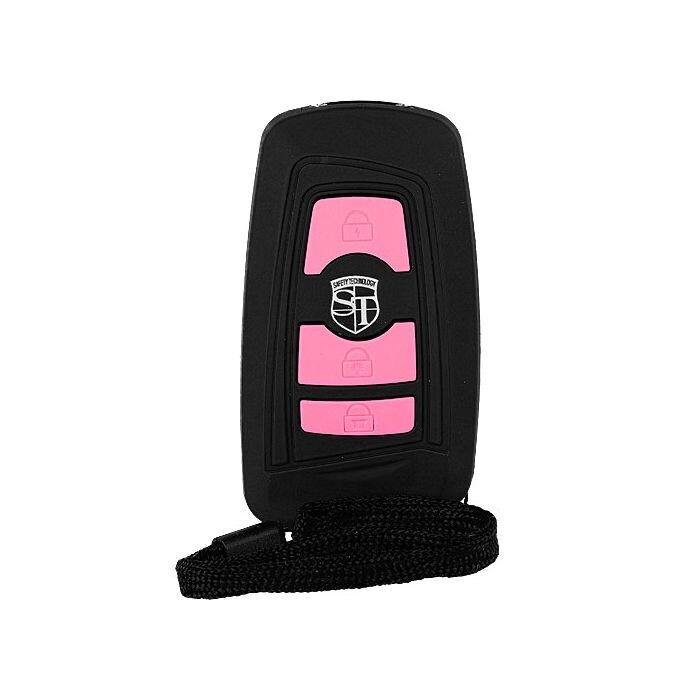 Triad 27,000,000 Stun Gun by Safety Technology combines a powerful stun gun, an ear-piercing alarm, and an LED light into a device less than half the size of a normal stun gun.

With a height of about 3 inches and a weight of less than two ounces, it is portable and lightweight. Because of its unique design, no one would guess you are carrying a stun gun. You'll have the element of surprise; the bad guy won't know what hit him until it is too late!

Small and Powerful: The Triad stun gun is smaller than most stun guns, but it has more power than most other models on the market today. Test firing this unit into the air is often enough to stop an attacker. And if it doesn't, a shock will surely do so.

Easy to carry: When the situation demands that you defend yourself, you do not want to have to scramble to find your stun gun. Loop the lanyard around your wrist and you'll be ready to protect yourself in an instant.

Micro USB port: use the included USB charging cord in your computer's USB port or use your own wall block in an electrical outlet or car charger when on the go.

Safety Switch: To prevent accidental discharge, a safety switch is built in.

Loud Alarm: The 130 dB alarm sounds loud enough to frighten off an attacker or summon help.

he Razor 23,000,000* Stun Gun by Streetwise Security Products resembles a normal car key fob but will pack a punch with its stun gun, built-in alarm, and a powerful LED light!

At about 3 inches tall and weighing less than two ounces, it is compact and lightweight enough to take with you anywhere. With its unique design, no one would guess you are carrying a stun gun. This gives you the element of surprise; the bad guy will never know what hit him until it is too late!

Save this product for later
Display prices in: USD